Three Prizes were awarded based on public and jury voting as well as three Special Jury Awards.
The jury members were Mrs Ewa Kotus from Poland and director of the Film Art & Tourism Festival “FilmAT” in Warsaw, Mrs Irina Arkhipova from Russia, director of the International Film Festival “GOLDEN PEAK” (who unfortunately couldn’t be with us), and Mr John Driedonks from Netherland, senior lecturer multimedia journalism.

• The 1st PRIZE has been attributed to «Definitely Dubaï» from the United Arab Emirates, directed by Babak Amini for the poetical management of the intangible cultural heritage as well as its presentation of the vibrant city of Dubaï.

• The 2nd PRIZE has been attributed to “Into the cave of wonders” from Spain, directed by Manuel Benito de Valle for its impressive visual quality and invitation to contemplate the beauty of inner nature.

• The 3rd PRIZE has been attributed to “Crete: All the world on one island” from Greece, directed by Theodoris Papadoulakis for its smart and humor way of promoting Crete.

The Special Jury awards have been attributed to:

“Serbia: one Journey, Million Impressions” from Serbia, Directed by Bosco Savkovic.
“Cieszyn Cieszy” from Poland, by the city of Cieszyn.
“Altaï Miracle. The good will surely happen!” from Russia, Directed by Nikolai Makarov. 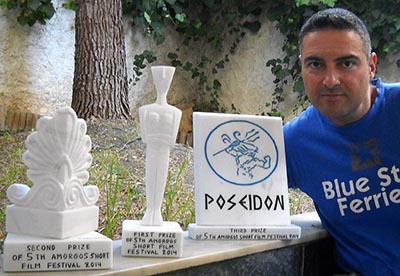