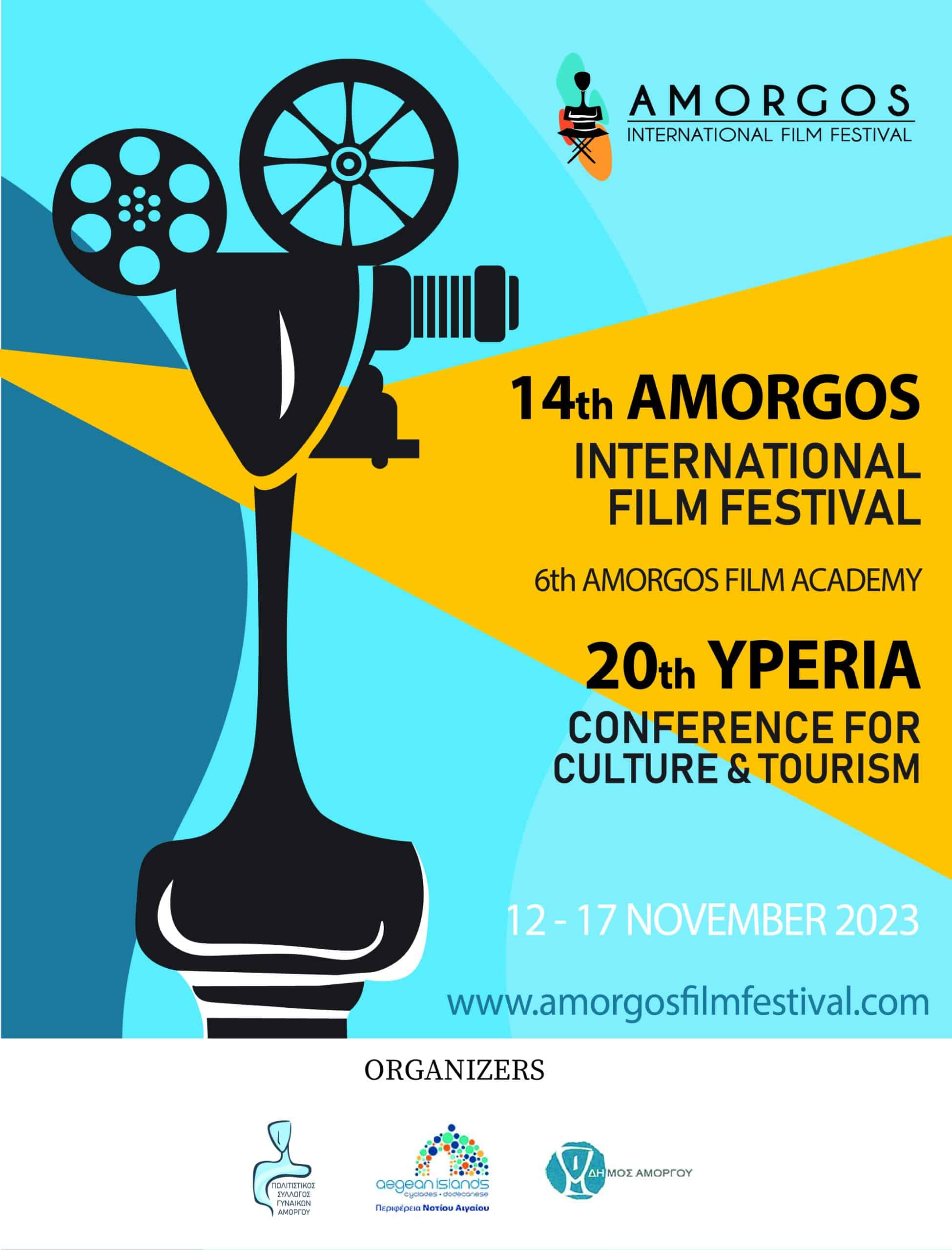 The Amorgos International Film Festival is an annual five-day event co-organized by the Amorgos Cultural Women Association, The District of South and the Municipality of Amorgos. It launched in 2010 during the 8th International Convention on Culture and Tourism “YPERIA” and is held continuously ever since, on an annual basis. Every year it presents the elite of short films and documentaries.

Since 2017, the Festival is a member of the International Committee of Film Festivals – CIFFT which was created in 1989 in Vienna.

The Festival takes place parallel to the “Yperia” International Convention on Culture. This year the event will be held from 12th November to 17th November 2023 at Aegialis Hotel & Spa in Amorgos Island. Talks, Workshops and Master classes will take place on the thematics of Filmmaking and Tourism Marketing, as the audiovisual sector is worldwide the most effective means for promoting the tourism product and experience.

The panel discussions will include topics related to women, environment, gastronomy and the preservation and protection of natural and cultural heritage.

The mission of the Festival is to maintain and evolve the platform of communication among all the film industry factors with the best producers films globally.

Now more than ever, in the era of globalization and the plethora of images, Tourism Industry is at the plot point that has to consider the range of possibilities for the exploitation of all available cognition on the tourism development and the professionals are eager to approach a proficient know-how on the marketing of their product.

The vision of the Festival is to be established as an endless source of information, and a meeting point to offer inspiration and networking to its participants.