“Walk the Blue – initiative to revitalize the rural environment of Amorgos.” 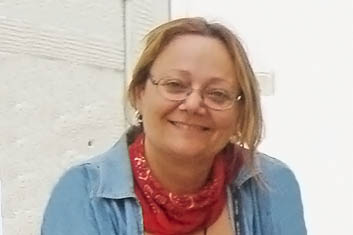 Senior lecturer at MIT, School of Architecture at Aristotelian Un of Thessaloniki and Research Associate of MIT at ETH Zurich and AA London during the years 1988-1992. Senior officer in environmental organizations for the protection of cultural heritage and the environment –Hellenic Society, Europa Nostra- as well as city movements for urban regeneration and green agendas. As a member of the Board of the Architects Association of Greece –SADAS- she is representing Greece in the Union of the Mediterranean Architects- UMAR- participating in all the events organized in the region. Acts as a scientific advisor to municipalities all over Greece, to promote models of sustainable development based on cultural and environmental specificity of the place along with cultural tourism as the viable model of local expertise. She is currently working on several SEE and Interreg projects on cultural protection, promotion and small scale development of local reserves – CultTour, Seas of Culture, JovaPro, Greek Green Cities Network.

Title of her speech:

“Walk the Blue – the paths initiative to revitalize the rural environment of Amorgos.” 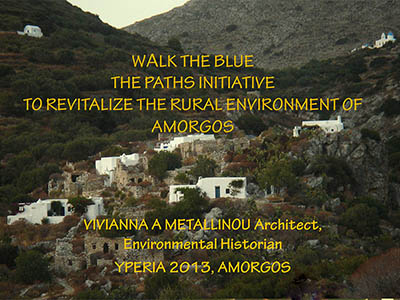