The Cultural Association of Tholaria – Amorgos and Aegialis Hotel & Spa are pleased to announce that the 12th International Convention on Tourism & Culture, YPERIA 2014 took place successfully from Thursday 10th to Tuesday 15th of April.
Thirty eight participants from 10 different countries (Canada, Finland, France, Greece, Italy, Poland, Spain, Russia, United Kingdom and United States) came to Amorgos to discover the island and promote it through newspapers, documentaries, TV programs, film festivals and guides but also to initiate new projects based in Amorgos Island.
The event was under the auspices and sponsorship of E.O.T and the Ministry of Mercantile and Aegean.

Title of this year’s convention: “THE POSITIVE SIDE OF THE FINANCIAL CRISIS FOR GREECE”.

Sub Topics will be:

YPERIA 2014 aimed to introduce the participants Amorgos Island natural beauty and historic monuments but also to present different activities still active and perpetuated on the island. It is an opportunity to show the importance Amorgian people give to nature, live with it and try to preserve it. 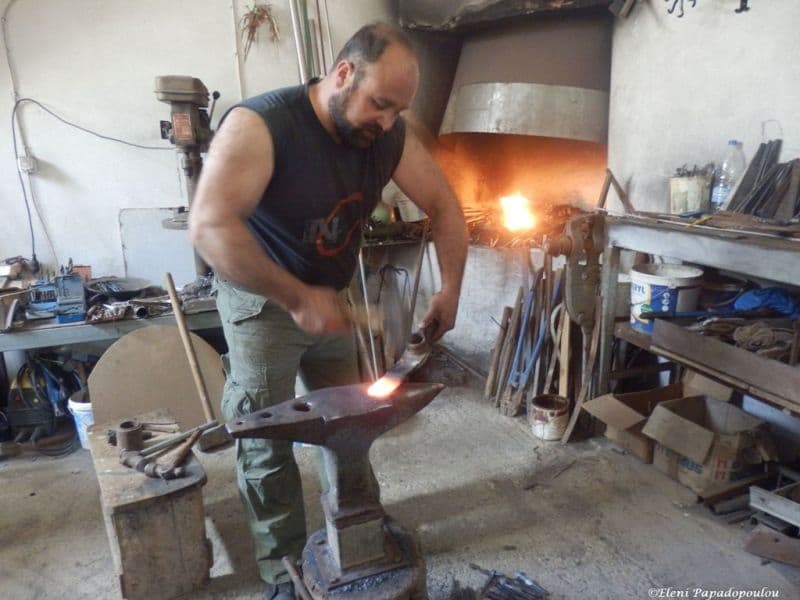 On the first day, participants visited the very well preserved and agricultural area of Kato Meria in the South of the Island. They were first taken to the archaeological site of the Hellenistic Tower of Agia Triada in Arkesini where Mr. George Vlavianos explained the history and purpose of the ancient structure. Then a short break was organized in Kolofana, at “Apanemo” Restaurant, where they were offered to taste local products. 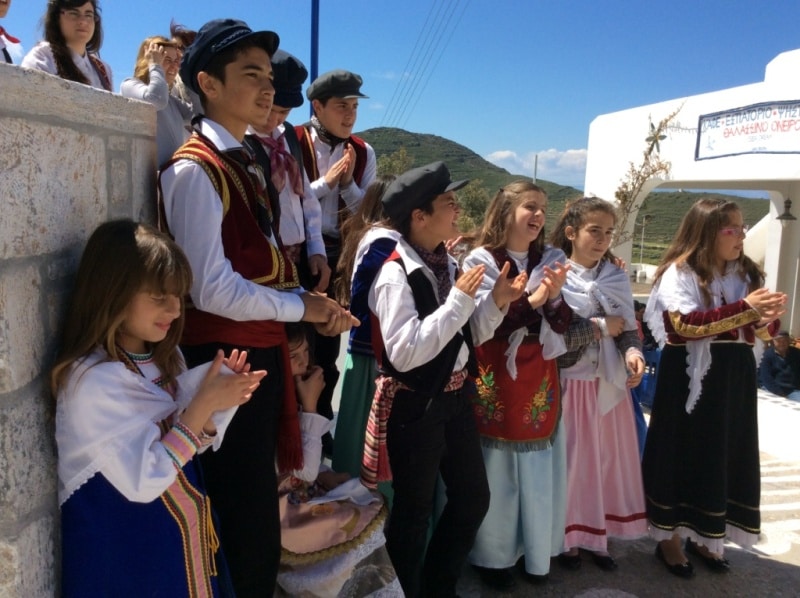 On the second day of the 12th International Convention on Tourism & Culture, YPERIA 2014 participants were invited to discover the villages of Lagada and Tholaria. In the morning, they went to Epanochoriani Church, a 15 minute walk from Lagada village, and visited the distillation laboratory of Mr. Vangelis Vassalos on the way back. He presented his place and the distillation mechanism and spoke about the benefits and virtues of wild herbs. 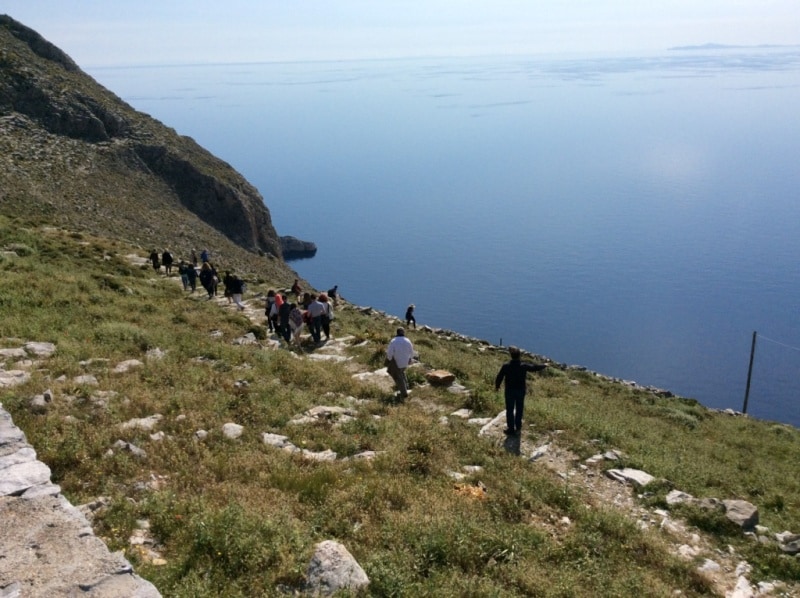 The third day was dedicated to the area of Chora and Katapola. In the morning, participants walked the old path from Chora to the famous byzantine monastery of Panaghia Chozoviotissa, built on steep rock cliffs, 300m above the sea. From there they could admire the Big Blue and enjoy a Loukoumi and the local Psimeni Raki. Then, the participants went to Chora, the capital of Amorgos, to walk through the picturesque cobbled alleys and visit the archaeological museum. 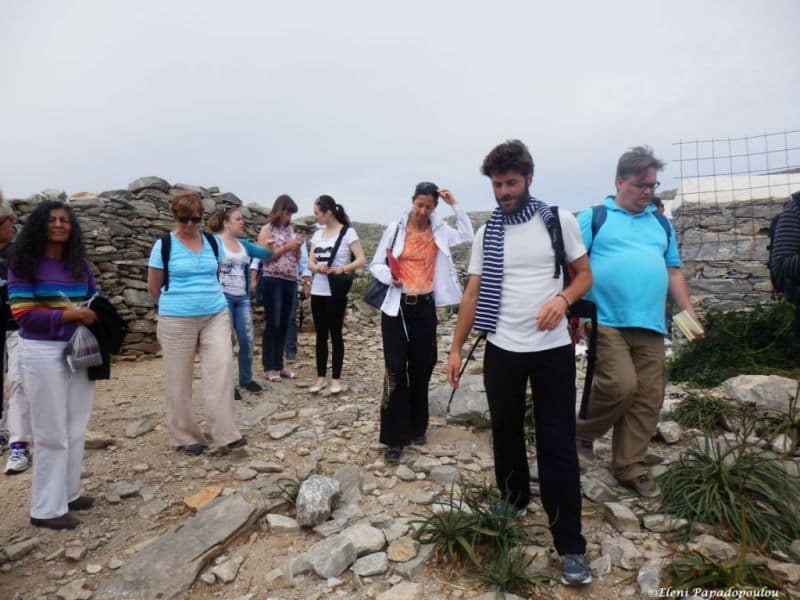 In the morning, a visit to Anna Synodinou ceramic workshop was organized. Participants could see and learn about the production techniques used and the difficulties of the work. As the workshop is situated on the beach of Aegiali, participants could take a tour to enjoy the crystal waters before going to the abandoned village of Asfondilitis, an impressive agricultural settlement in the middle of the ancient path connecting Aegiali to Chozoviotissa Monastery.