We are proud to announce and present the speakers of Yperia 2016.
Specialized in different topics, each one of them presents a lecture on the main subject of the Convention, related to alternative tourism and cultural heritage management.

All YPERIA 2016 conferences will take place at Aegialis Hotel & Spa with free admission. 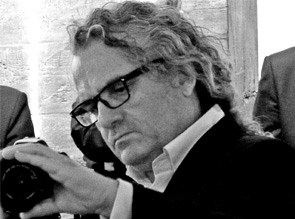 Born in 1962. Studied Theology at the University of Thessaloniki. From 2005 till 2010 teaches cinema at the Film School of the University of Thessaloniki. Adonis Kioukas founded on 1985 the production company Qkas productions who is activated initially in the area of cinema (as producer of films, documentaries, TV series , video clips etc). Since 1983 he has been working as a film director, producer, organizer of movie events and has published various articles on cinema. For 13 years he held the position of Deputy Director of the International Thessaloniki Film Festival. 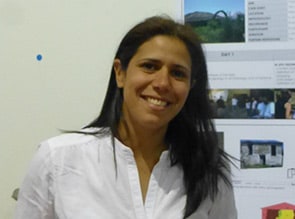 Christina Kontaxi is a marine scientist (University of Aegean, Greece / 1999-2003), holding a master in Water Resources Science & Technology (National Technical University of Athens, Greece / 2003-2005), a master in EU studies (C.I.F.E. / 2009-2011) under Jean Monnet scholarship and a Certificate of Pedagogical & Teaching Competence (ASPETE / 2015-2016). She was a civil servant (2007 – 2014) in the Department of Environment and Spatial Planning of the Region of Central Macedonia – Hellenic Republic, a position from which she resigned and currently she is a freelancer. For the period 2009-2014 she has been an alternate special scientist in the Board of Directors of the Management Agency of Karpathos & Saria and was responsible for the submission and approval of the economic action plan (2,5 million euro) from the Operational Programme ‘Crete and the Aegean Islands’ under the Convergence and Regional Competitiveness and Employment objectives co-funded by the European Regional Development Fund (ERDF) and in 2015 she held the position of the scientific coordinator. In 2012-2013 she was an expert on marine environment for the EUSAIR (EU Strategy for the Adriatic and Ionian Region).  She is a member and partner of the social cooperative Paths of Greece. 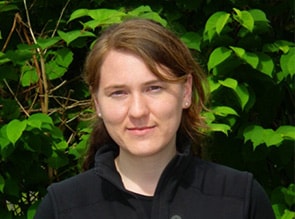 Liane Jordan is working for the German Rambling Association. In her sphere of competence she has to co-ordinate the quality initiatives ‘Hiker Friendly Germany’ and ‘Leading Quality Trails – Best of Europe (LQT)’. She has a Master of Arts in Geography (with focus on sustainable tourism) and is certified as hiking and health hiking guide. With the long-term experience in knowledge transfer and consultation in hiking tourism, she was part of the working group that developed the European wide certificate for hiking trails LQT. In her responsibilities she manages hiking destinations all over Europe; in Greece she has coordinated LQT workshops on Naxos, in Arcadia, in Epirus, in Thrace and on Chios. She is very pleased with the certified walking routes on Peloponnese (Menalon Trail), the Cyclades (Andros Route) and in Epirus (Ursa Trail) 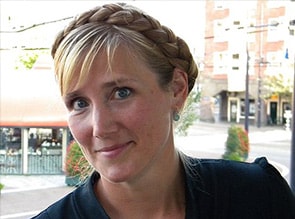 Ute Kohlmann is based in Amsterdam and Paris and she has been working in the cultural field since 15 years. She is the Director of the Contemporary Art Centre of Amsterdam – CBK Amsterdam and also the Director of the open-air film, music and photography festival West’ival. She gives lectures about modern and contemporary art at the Stedelijk Museum Amsterdam and works as an art expert in Paris. From 2009 – 2013 she managed the international multidisciplinary festival NEU/NOW, which took place in Lithuania, Estonia, France, Portugal and The Netherlands. At the same time she was also the manager of an international film program in collaboration with the Film festival Prix Europa in Berlin. She completed her studies in History of Art as well as in Management of Cultural Projects at the Sorbonne, Paris. 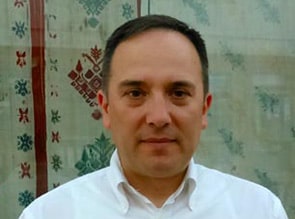 Evangelos Karamanes is a Senior Researcher and acting Director of the Hellenic Folklore Research Centre, Academy of Athens. He studied Archaeology at the Aristotle University of Thessaloniki before undertaking postgraduate studies in Folklore and Social Anthropology at the same institution and in Ethnology and Social Anthropology at Montpellier France and the Ecole des Hautes Etudes en Sciences Sociales in Paris France (D.E.A., Ph.D.) under scholarship of A. G. Leventis Foundation. He has served as Secretary of the Fondation Hellénique de la Cité Universitaire International de Paris, and taught the Anthropology of Diet, with an emphasis on the traditional Greek diet, at Harokopion University, Athens (Dietetics and Nutritional Science Department). He has supervised Ph.D. students as a member of thesis committees. A researcher at the Hellenic Folklore Research Centre since 2002, responsible for the Centre’s building and the manuscript Archive, has overseen the digitization of the Folklore Archive, digital applications and the Centre’s website within the framework of relevant European projects (since 2004) and collaborated to the edition of books. General Secretary of the Historical and Folklore Society of Thessaly, member of the Société Internationale d’Ethnologie et de Folklore (SIEF) and the Hellenic Folklore Society. His academic interests include material culture, traditional diet and techniques, local identity, popular worship, digital cultural repository management. Papers of his have been published in collective editions in Greece and abroad. 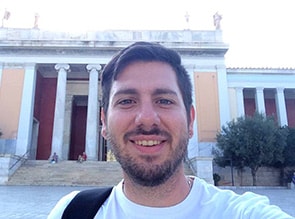 Born in Platy Imathias in July 1987 and having spent most of his youth in Thessaloniki he studied History and Archaeology at the Faculty of Philosophy in Aristotle University of Thessaloniki. As part of his undergraduate studies and within the framework of the Erasmus program he studied at Rome’s University “Università degli Studi di Roma – Tor Vergata”. He holds an Inter-University – Inter-Disciplinary Postgraduate Diploma in “Museology – Cultural Management” from the School of Architecture – Engineering of the Polytechnic School of the Aristotle University of Thessaloniki and the University of Western Macedonia. His thesis bears the title “Stories from the edge of the city- Proposal for a cultural walk in love sidelines of the 20th and 21st century of Thessaloniki”. He recently completed his training as a tourist guide at the Ionian University and has become a tourist guide, licensed by the Greek Ministry of Tourism. He lives and works in Athens. 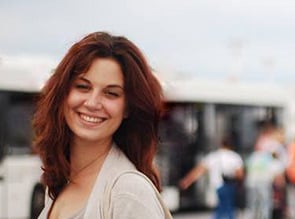 Margarita Thoma was born in Kavala in 1991, where she also grew up. She presents a strong theoretical background in history due to her studies in History and Archaeology at the Faculty of Philosophy in the University of Ioannina (2009-2014).  Furthermore, she holds a MA in Heritage Management from the University of Kent with collaboration with the Athens Economics and Business University.  Heritage Management is her MSc area of expertise in archaeological site management and planning, finance for cultural organization, tourism marketing, public archaeology and architectural planning of archaeological sites. Her dissertation proposal was on “Medical and Wellness tourism. The case of medically assisted reproductive/fertility tourism and wellness tourism in Greece”. She lives and works in Athens, Greece. 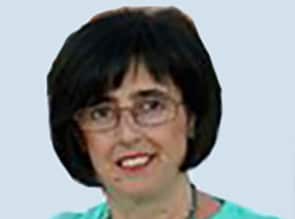 Katerina Marinaki was born on Folegandros Island and studied childcare in Athens ATEI and European Culture in the Hellenic Open University, before continuing to postgraduate studies in Folklore Culture in the National Kapodistrian University of Athens. She speaks English, French and Italian. Since 1998 she has been the publisher of “Small Cyclades” – “Travelling in the Aegean and Ionian Seas”, editions that publish local newspapers, magazines, travel guides and ferry liner publications. Their most recent publication is the “Greek Gastronomy Calendar”, an innovative magazine in English, which includes all festivities related to local products taking place in Greece. She has participated as a speaker in many Conventions, mainly related to the Greek and islander folklore and history. She also often participates as a journalist in European Summits and the Regional Committee. Her articles and studies have been published in many Greek and local magazines and newspapers. She is the author of the books “Ano Meria of Folegandros – Settlement and biotic organization” (1991) and “Folegandros Island” (2001). She has also been the editor of folklore for the documentary series for 24 Cycladic islands produced by the Prefecture of Cyclades and directed by George Dabasis.