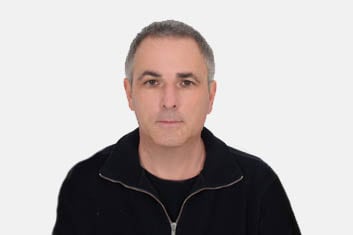 Born in Thessaloniki, studied History, Sociology and Comparative Literature at the RWTH Aachen. Founder and owner of 2K Films, works as producer, executive producer and/or line producer in the production of numerous features, documentaries and TVC in many international co-productions, amongst them award winning films.
He has collaborated with several international partners,among them ARTE, ERT, ZDF, TVNZ, Moovie the art of Entertainment GmbH, UFA, Solferino Images/Quartier Latin Media, Taglicht Media, Telefilm Saar, WDR and EBU. He has also attended several conferences, amongst others as a participant at the Annual Meetings of the EBU Fiction Executives in Venice and Lucerne.
Since December of 2008 he is a member of the European Expert’s Delegation at the International Producer’s Day held within the GZDOC in Ghouangzhou, China and he is certified by EACEA for the Media Program of the European Union as a Media Expert since 2009 .Since 2012 he is an expert/evaluator for the European Comission Programs Europe Culture and Europe for Citizens. 2010 he initiated and organized a creative documentary workshop and seminar in association with ITIP, the Cultural Foundation of Tinos.
He has recently co-produced with ICTV Solferino/Paris THE OLIVE ROUTE, a five episodes series for ZDF/ARTE and co-produced in association with Taglicht Media/Koeln GREEK ISLANDS, a five episodes series for ARTE.

Projects in Development
– Producer: They Call them Jazz – a feature length documentary to be directed by Marineta MAK Kritikou.in co-production with ERT, Awarded with the BDC Discoveries 2012 Best Pitch Award and the 8th Co-Production Meeting Selection Award of DOK Leipzig Producer
– Co-Producer: Eule Von Athen – a documentary to be directed by Klaus Scheurich and to be produced by Marco Polo Film.
– Educational and training activities: DOCROADS A european chinese training initiative & documentary workshop in cooperation with GZDOC China and DOKFEST Munich.