There were four screenings in total with forty films and three prizes were awarded based on public voting. Votes are counted by a final Jury composed of specialists from the Film Festival of Thessaloniki and an international representative which after deliberation announce the winners.

The awards of the 4th International Festival of Short Films tourist Amorgos were Cycladic sculptures created and offered by the marble sculptor Nikos KARPOUZIS. 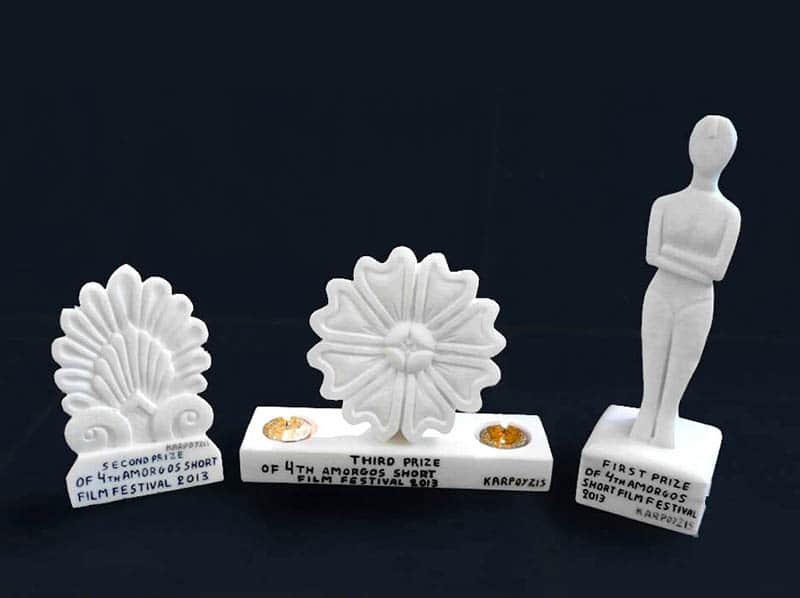