This exhibition came out from scientific expeditions in the Himalaya Mountains in the framework of the authorical scientific research project of Irina Arkhipova “In search of lost Knowledge”.

The main goal of the expeditions was to learn the secrets of an almost-extinct form of Tibetan yoga that they hope can be used to cure diseases in the West and could also be applied to achieve greater efficiency in the field of the professional sports and methods of training, in particular in winter sports.

Irina Arkhipova is a director of St. Petersburg’s Pharaoh Historical Movie Studio and led a team of 45 experts including 14 medical doctors, physicists and yoga enthusiasts to the snow-capped, 4,000-meter high Indian Himalayan province of Himachal Pradesh.

The scientists have recently completed a two-month mission to find traces of Tum-Mo, a form of Tibetan Buddhist yoga that preserves body temperatures through excessive production of internal heat despite the body’s exposure to extremely cold mountain climates.
The technique could be applied in areas with extreme cold climates, such as Russia, to prevent and treat heart disease, cancer, tuberculosis, pneumonia and influenza if developed, Rinad Minvaleyev, a physiologist, mathematician and the team’s senior researcher, said.

Irina who is also a yoga specialist, who was head of the mission and architect of St. Petersburg’s Search for Lost Knowledge Program, which holds annual mountaineering events aimed at promoting medical science, said that although “there were considerable breakthroughs in our mission, it would be immature to reveal the exact outcomes with accuracy, pending the ongoing laboratory examinations.”

The team paid visits to Tibetan Buddhist monasteries in search of Tum-Mo’s medical secrets, currently on the verge of being lost to posterity because “the last lama who practiced Tum-Mo in that part of the Himalayan Mountains died last year,” leaving scant oral traces of the ancient tradition.

However, after visits to about 40 monasteries, monks showed Arkhipova’s team a route across the Kully Gorge, reputed for its unpredictably harsh weather, to the top of the Rotang ridge, one of the rare spots where until recently Tum-Mo was practiced.
However the team did not reach the Rotang because of snow in the middle of the Kully Gorge, blocking the way.
“We resorted to practicing yoga on the ice surfaces beneath the waterfalls in the Rotang Valley, and everything was fantastic even for those who were on such a mission for the first time,” she said
Determined to reach the home of Tum-Mo on the top of Rotang, the adventurers have vowed to return next year. 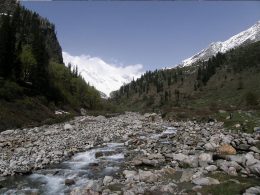 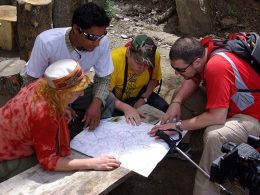 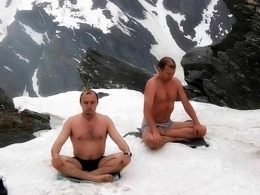