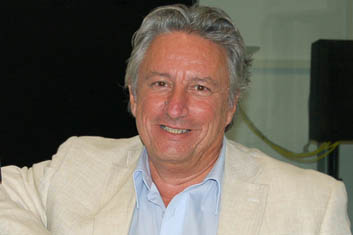 As a lecturer at The School of Journalism Utrecht,  John Driedonks supervise and coordinate a real-life converged newsroom with a focus on broadcasting, in which future multimedia journalists prepare TV talk shows and news programs, produce radio shorts and content for internet. In these courses all the aspects of a professional, regional TV newsroom are simulated only, it is not just a simulation. The student-run shows “Campus Cam” and “Campus Talk”, are aired on the local TV station: RTV Utrecht.
Together with his colleague Brian Maston, hew has created a multi-platform documentary storytelling course “CampusDoc” in cooperation with the City University of New York (CUNY; Hunter College & J-School). During this ten week crash course, carefully selected (honors) students are given the chance to pitch, research, develop, produce, film, edit and distribute their own documentary concepts. The focus is on digital video however each documentary team is required to create a ‘total package’ of content for online distribution, including radio and internet specific pieces, related to the same story.

In addition to his regular activities for the School of Journalism, he is a visiting professor at Universidad San Pablo (Madrid 2011), Qatar University (2011-2012) and City University of New York CUNY, J-School (2012-2014) and Beijing Foreign Studies University BFSU (2012). Last autumn (2013) I lectured at the Beijing University of International Business and Economics UIBE and the Shanghai International Studies University SISU.
Previously, he has been a visiting professor (2007-2008) at Rhodes University, in Grahamstown, South Africa, where he coordinated a special course for Rhodes’ and Utrecht students in  which they experimented with multi-platform event coverage for the annual National Arts Festival, the largest arts festival in Africa.